There always seems to be a lot of negativity regarding the Kirk in retro circles, I often wonder if this bike snobbery is down to Kirk being marketed by Dawes and was it because it was sold in stores like Halfords? I guess the brand is just not as desirable as anything coming out of the USA of the same era, but whatever the reason I will champion the humble Kirk!

I first became aware of the Kirk Revolution in the early 90’s when the popularity of mountain biking really exploded in the UK. This era was defined by lots of innovation, granted not all of it was good, but there was a strong drive from bike manufacturers to explore bike design and move the market forward.

The Kirk is a good example of this 90’s drive, the e-stay design was very much of the time (Alpinestars, Rocky Mountain, Nishiki, Haro etc) but it’s USP was that the frame was made in the UK from cast magnesium. The literature at the time explained that only one and a half cubic metres of sea water is needed to provide enough magnesium for one Kirk frame and every frame was die-cast in just 40 milliseconds at 650°C under 650 tonnes of pressure, in the world's largest hot chamber facility. That's pretty ground breaking stuff, even by today’s standards.

So as a piece of MTB innovation and history the Kirk is pretty unique. The Kirk was the first magnesium mountain bike and it was designed and made in the UK. Now they are getting pretty rare, so I thought maybe one would be worth saving and including in my collection.

The first bike I got hold of was a cerise ‘200GS’ model that I slowly converted to the more desirable DX spec. In the mean time I got hold of a black bike (400LX) and my idea was to see which was the best one and sell the other, I ended up selling the black bike and keep prettier cerise frame and convert it to DX spec.

Back on ebay I found another cerise bike, but this one was a genuine 1991 ‘DX’ bike complete with the Reynolds 531 fork, so for a bike to keep hold off this is definitely the right model. The bike is very close to factory spec with the original Regida Laser 400 rims, DT spokes with DX hubs. The spec differs from the catalogue with the Zoom stem (it came with a Dawes branded stem) and purple alloy bar (which I fitted), tyres (originals should be Conti Baja) and saddle (should be a Turbo), but those parts would have been changed anyway. 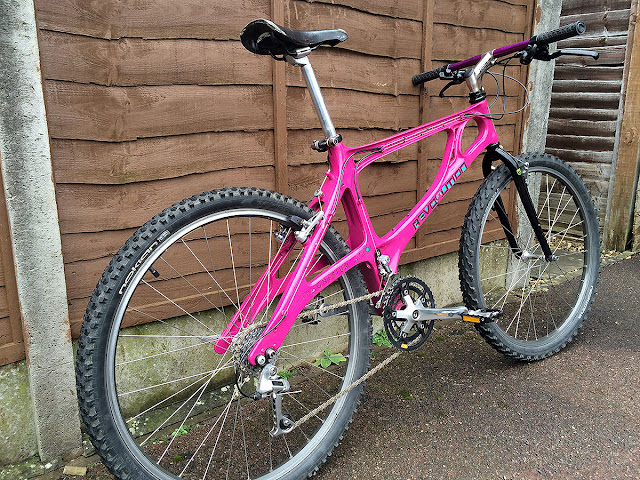 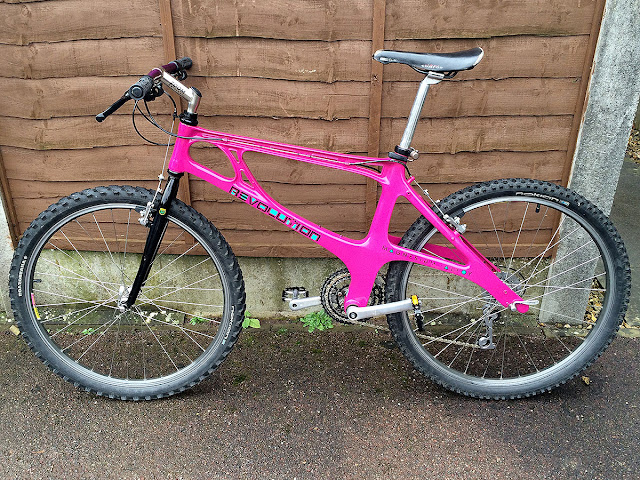 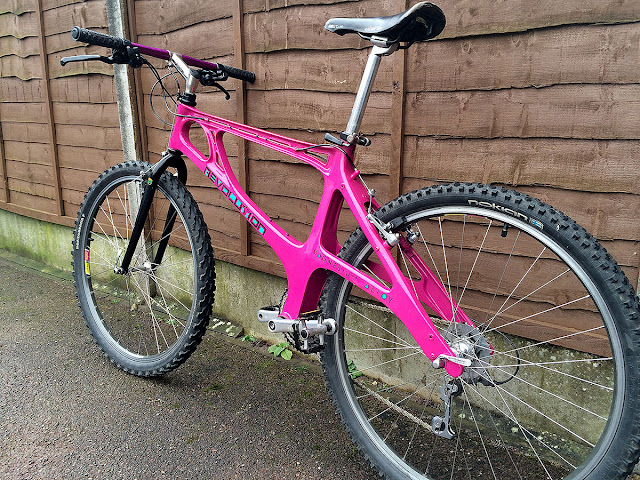 
For more information on the magnesium Kirk head on over to www.kirk-bicycles.co.uk 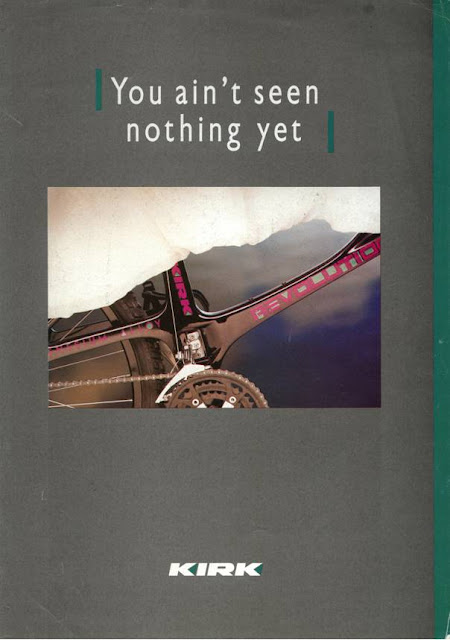 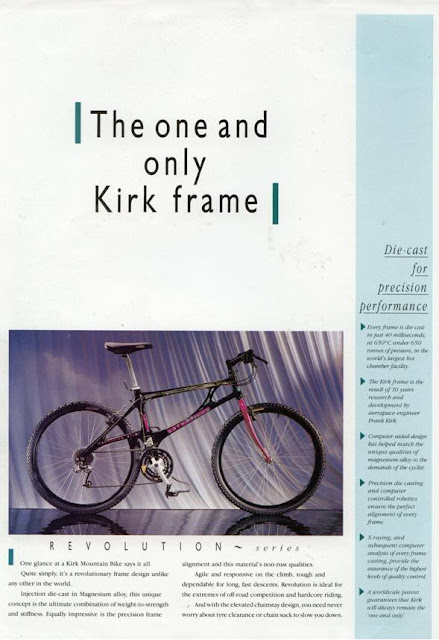 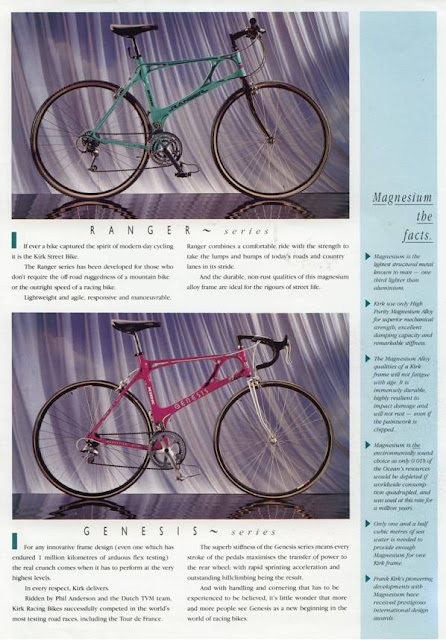 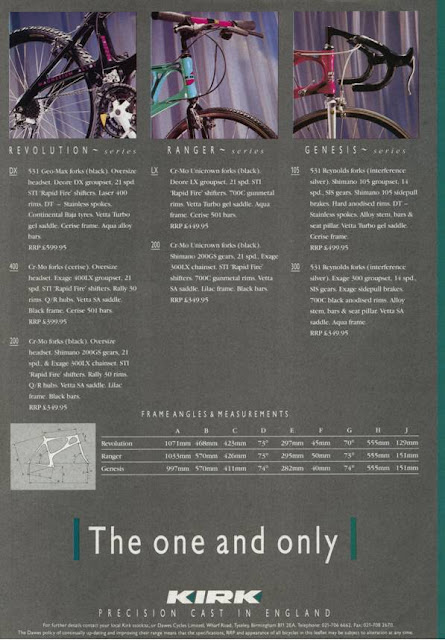