A Little more Marzocchi tech, this time I want to talk about how the Micro adjuster works on the TST Micro cartridge.

The Micro Cartridge is Marzocchi’s top-of-range closed cartridge used on XC/ trail forks. The cartridge has evolved over the years of its production and is now made completely of alloy parts and is fully user serviceable.

The cartridge is adjustable for rebound and lock out, the lock-out has the addition of a threshold adjuster (the gold knob in the centre of the lock out switch) so that you can dial in the amount of lock out you wish to ride with.

For example if you like a pure 100% compression lock all you need to do is turn the Micro adjuster to maximum, then when you activate the lock out lever the fork will go from fully active (open) to full lock (lever closed).

If you would prefer to have a semi active fork in certain situations rather than a fully rigid fork you can set the micro adjuster at a half way setting, then when you activate the lock out lever the fork will go from fully active (open) to semi active (lever closed). 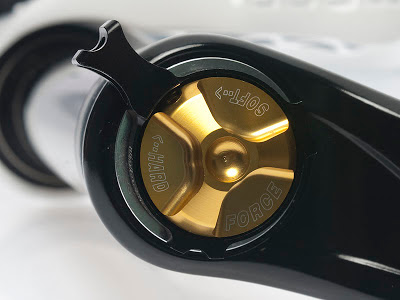 Adjusting the Hi-Lo compression adjuster on the RC3 damper

A little tech today; one of the most frequently asked questions I receive is for set up help with the compression adjuster on the RC3 damper. 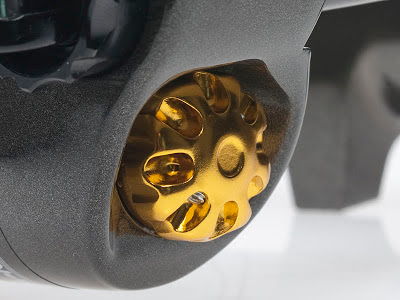 We have just been out to Marzocchi in Bologna to sure up the 2012 aftermarket line – sorry, no product info just yet, however I did take some photo’s of the factory so you can see where it all happens.
Marzocchi is still based in the Zola Predosa district of Bologna where many famous Italian brands are based – it fact Ducati are just round the corner and had a big Moto GP party in the town square on Friday night.

The Marzocchi factory still produces motorcycle forks for the likes of Ducati, MV Augusta and BMW and are current Enduro world champions with GAS GAS. All of the MTB forks engineering is done here from concept to prototype and Marzocchi has a pool of talented engineers that work closely with racers and consumers to perfect their designs.

Apologies for the quality of the images... courtesy of Apple’s finest.

See the full gallery on Posterous
Posted by DanJones34 at 09:10 No comments: