From the archives: The Stone Age is over for mountain bikers, introducing the Marzocchi Star Fork

During the late 1980s, the mountain bike industry began to take off and Marzocchi responded. Consumers began asking for suspension on the front end of their mountain bikes. As a result, Marzocchi introduced its first prototype MTB suspension fork in 1989.

Where it all began, exert taken from Pinkbike:

"This is where it all began - the Marzocchi STAR fork. In 1989, Marzocchi already had forty years of experience making suspension for everything from motorcycles to the Ferrari Formula One cars, but this was the first time they turned their attention to mountain bikes. It had 50mm of travel and you might be surprised to know that although Marzocchi are best known for pioneering oil and coil suspension, this first fork was air-sprung. At that time Marzocchi worked with an aftermarket company called LARM. One of their agents, Peter Eversdjeke, was in the USA and saw the very first RockShox forks in the market. At the 1989 EICMA Show he showed Andrea Pierantoni the fork. That year the motorcycle business was very slow, so he started to design this fork. Both legs had an independent airspring and there was no external adjustment."

That’s right. The Stone Age is over for mountain bikers. You’ll no longer have to rein in your ebullient enthusiasm. And no more coming second because of a stupid stone.
Now there’s StarFork, the revolutionary Marzocchi fork that takes you smoothly over the holes, allowing you to concentrate on brakes and pedals.
Try StarFork and you’ll think you’re really flying down hills that before knocked all the fun out of speed cycling. And uphill too, where the rigidity of the forks is just what you need to beat the roughness of the terrain. Marzocchi StarFork will unleash its superb strength, solidity and manageability to prevent you having to break your rhythm.
Now all you lovers of woods and winding tracks will discover a surer, faster, more enjoyable rhythm. The Stone Age is over at last. Now you can really fly. 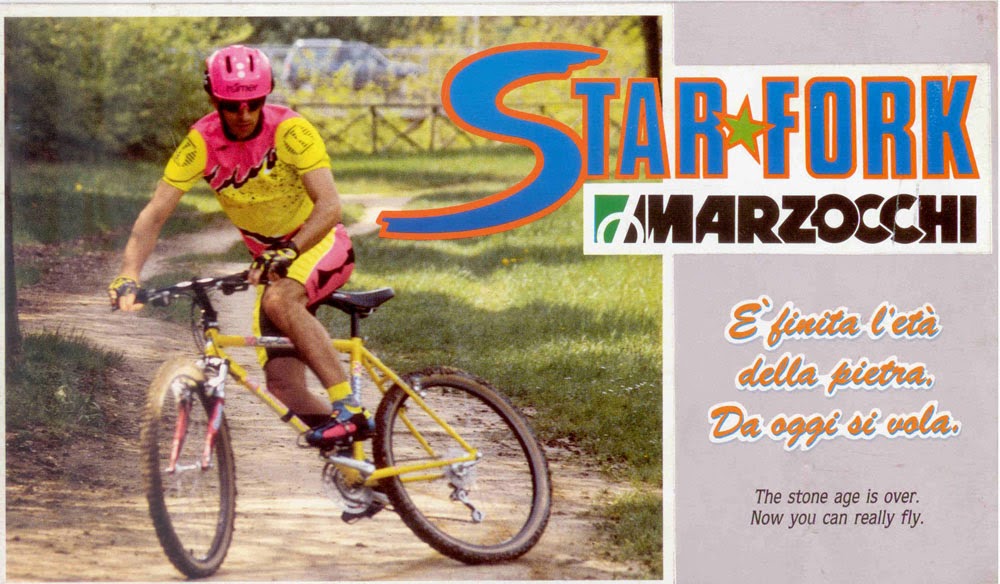 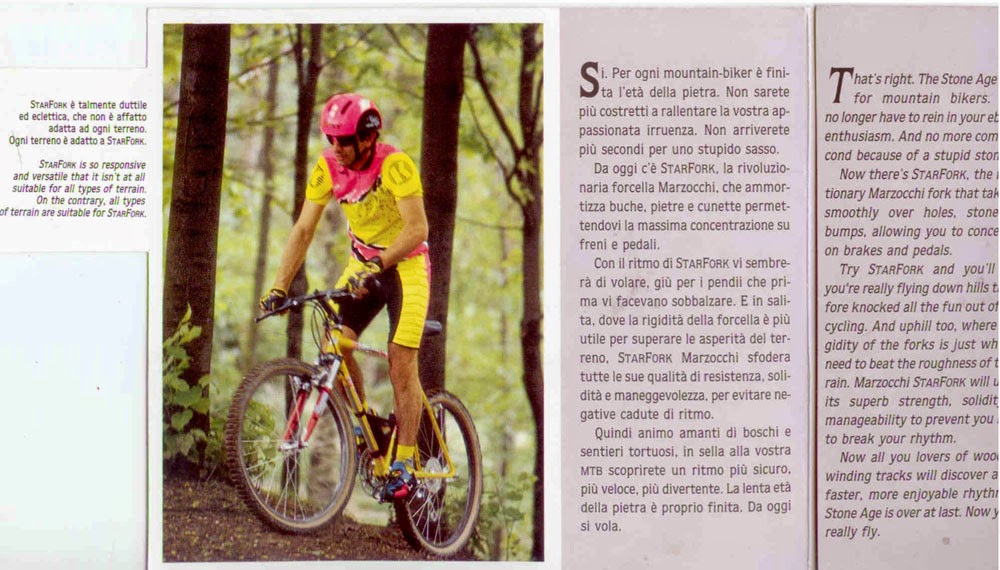 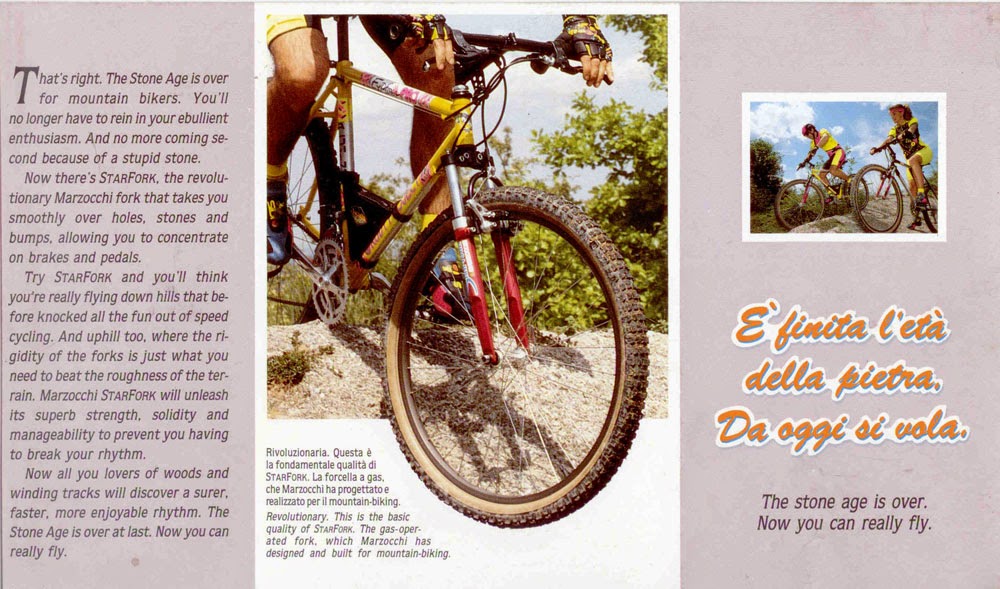 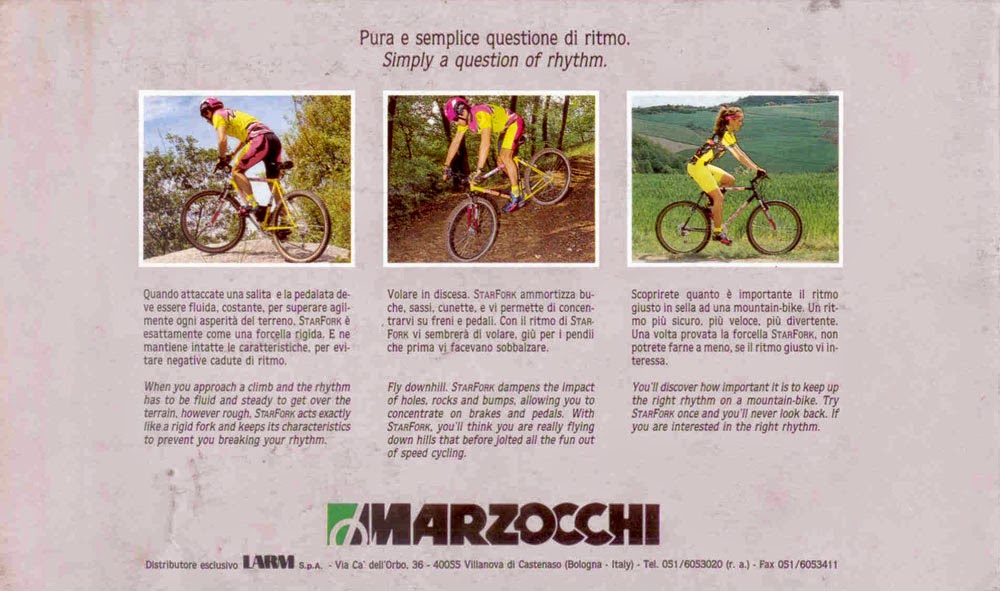 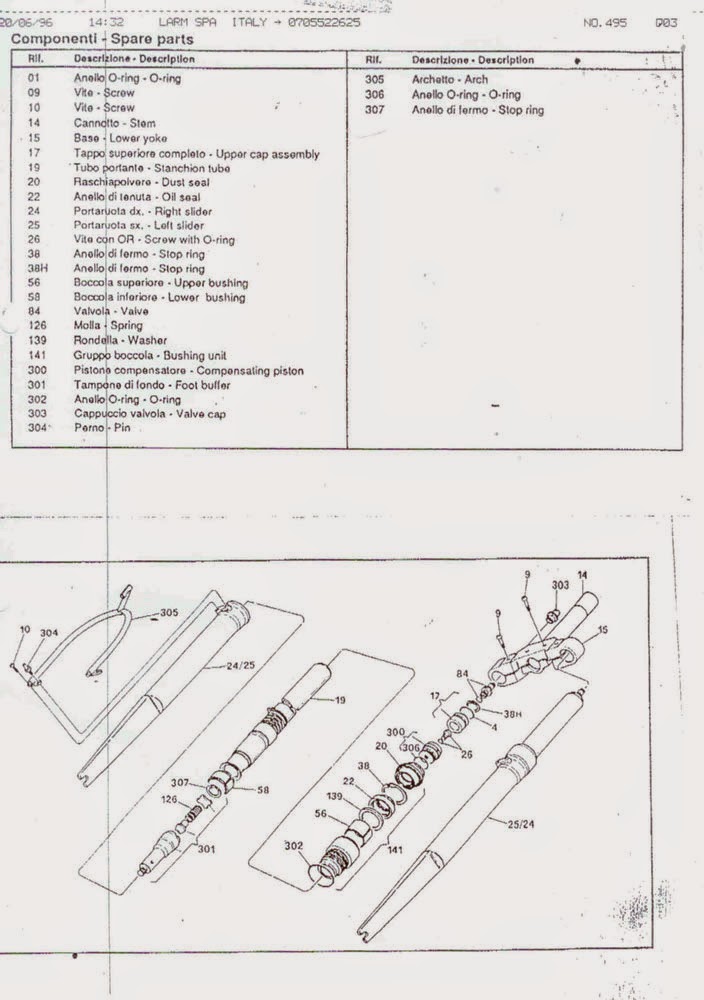 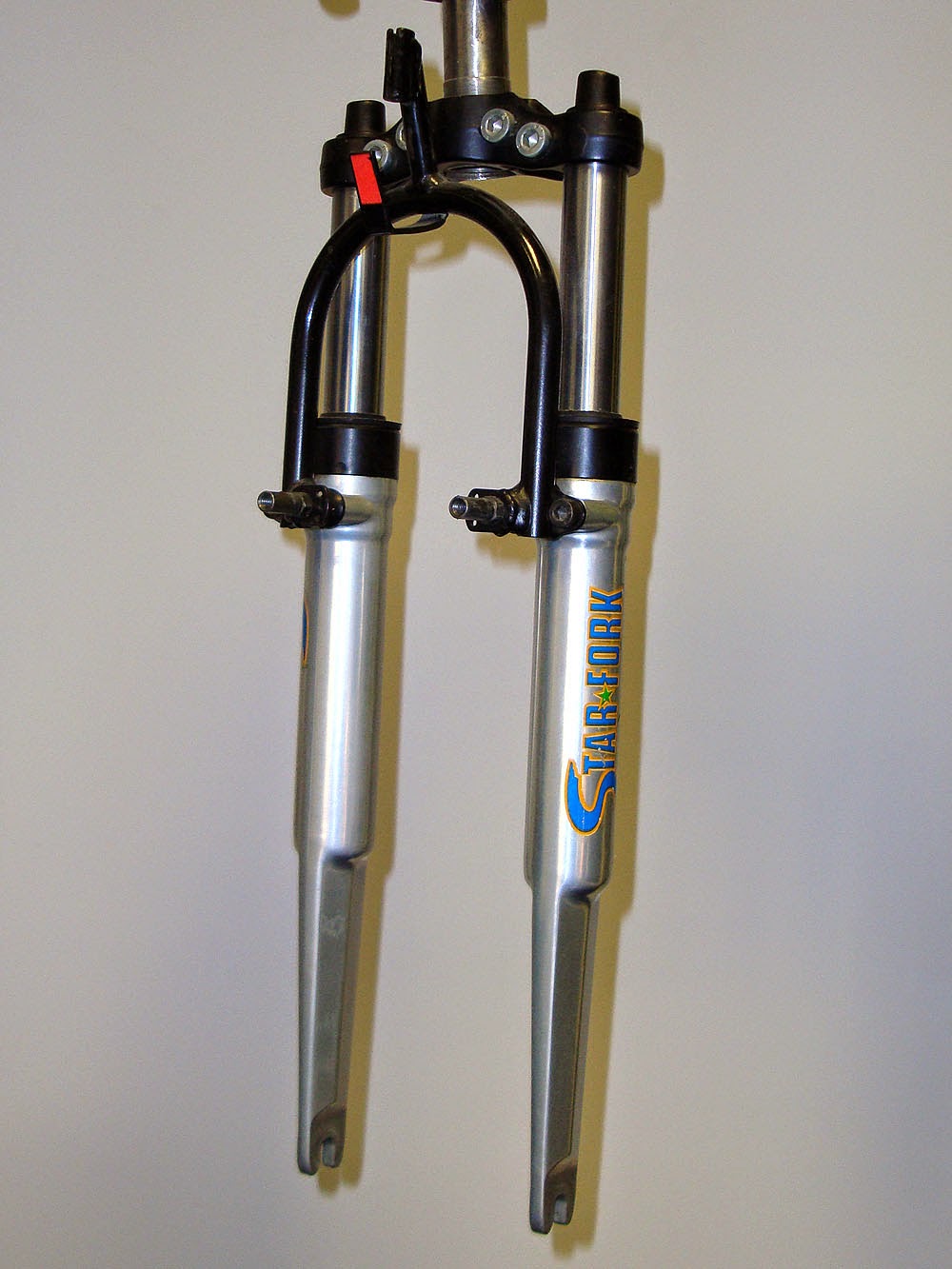