the old blog is dead, long live the new blog

With Posterous (or more accurately twitter) deciding to close there doors and delete all accounts on the 30th April I have had to switch blog providers. I have now moved a lot of the important posts, such as recall notices plus posts that you might find interesting. The old blog with all of its posts is still on-line here http://danjones.posterous.com/ plus I have all posts backed up so I can still access them even after Posterous closes.

The Marzocchi workshop blog can be found here: http://marzocchiworkshop.blogspot.co.uk/

Mountain Cycle San Andreas and me 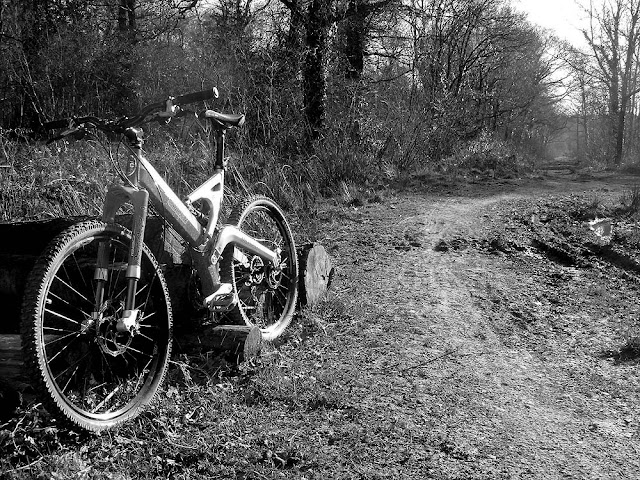 There have been many things written about the Mountain Cycle San Andreas, pioneer, classic, icon, while all of these are true they have been extensively written about before, so here is only a brief history lesson.
Mountain Cycle was formed by Robert Reisinger and unleashed the San Andreas in 1991. He brought for the first time a monocoque full suspension frame with adjustable sub frame, suspension fork and disc brakes. Just one of these would of been remarkable but all of them together... 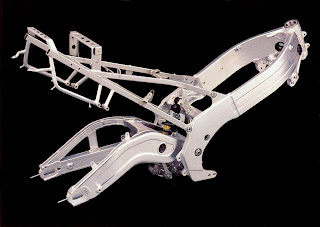 The San Andreas first came on my radar when a UK journalist called Paul Smith had one, it featured as a full page poster in MBUK and was/is the only picture of a bicycle I ever had on the garage wall. I loved the fact it looked like a 500cc GP motorcycle with the engine removed, ultra tech and ultra cool in a world full of steel rigid bikes.
In 2003 the company for which I work became the UK distributer for Mountain Cycle, so I had to have one. We sold the frame set in two guises, DH with a 190mm eye to eye shock (Van R or Van RC) or XC with a 165mm (Float RL or X-Fusion). So a San Andreas XC in red with an x-fusion coil shock (cheapest option) came my way.

When we took over distribution of Mountain Cycle the production had just moved to Kinesis USA, but most importantly all of their frames were all still hand made in Mountain Cycle’s traditional Portland home. The frame featured an up-rated cartridge pivot bearing, a new VPS new shock shuttle and was compatible with a new bolt on fork stop to prevent damage to the frame caused by triple clamps. 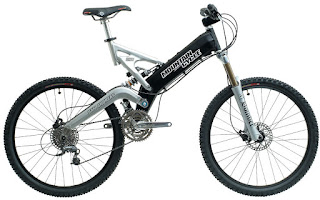 How Mountain Cycle described the San Andreas at the time (1993). “The most versatile all-mountain high-performance frame in the mountain Cycle line. The legendry San Andrea is the bike that started it all. Twelve years after its introduction, the classic design is optimized, refined, and in high demand. The San Andreas can be built up as a lightweight yet extremely durable 4.5 inch travel XC bike, or as an all-mountain machine with six inches of travel.”

At the time there was a very negative magazine test, mostly targeting the high b/b height. Being a US made bike it was actually designed that way for rock clearance, however this felt a little weird for the UK tester... This led me to experiment with the VPS shock mount to see if I can ‘iron’ out some of the frames weaknesses and to get it to handle more like the UK norm. The official MC line at the time was that the bottom two holes were exclusively for the shorter XC shock, while the upper two holes were for the longer DH shock. In the owner’s manual it did actually say not to use the upper holes with the XC shock, but I thought that if you could it would lower the b/b height to a reasonable level...?

I proposed my idea directly to the factory and they replied that they could not see any reason why you could not use the XC shock in the upper shock mounts, so they told me to have a play to see what happens!

I ended up at the highest shock hole with the smaller 165mm shock; this dropped the b/b to 13” and slacked the head tube to a more stable angle with a 100mm fork. For me this gave the best compromise and is a set up I would whole heartedly recommend to try, the bike will only have 4 ½” of travel but the improved handling will by far compensate for this. Another set up option that works well when using a 140mm travel fork is the second hole from top with the 165mm shock.


I sold my San Andreas and moved on to other things, but the bike always had a special place in my personal cycling history... Until one night on the internet I spotted a dealer selling a new-old-stock 2003 model on clearance, the price was so cheap it was insane, I had to have it. I rebuilt the bike using the same ultra-rare Marzocchi RAC carbon fork for a modern take on the original ‘Reisinger’ look. I will never sell this bike; it is now part of me. 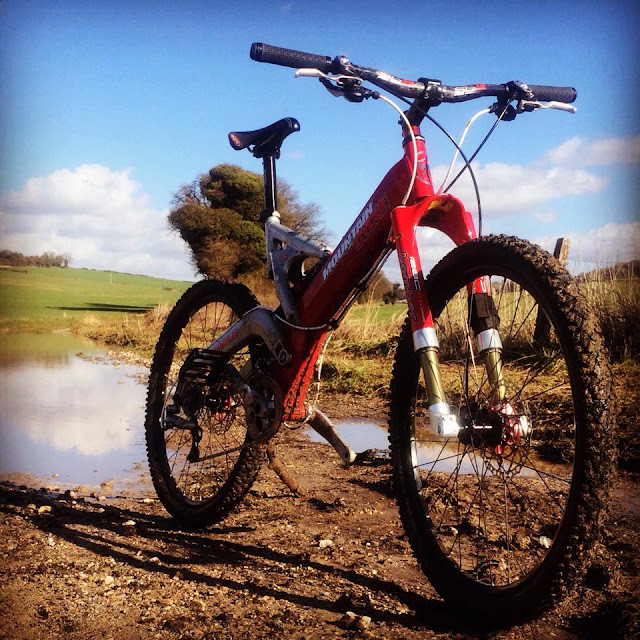 One new upgrade I have made that makes a massive difference is to swap out the old FOX Float to a ROCO Air LO, more modern damping keeps the back end in check and because the ROCO is a low pressure unit it has enabled me to lose about 50psi of pressure.


In summery the San Andreas is now old tech, it has a high pivot, it bobs a bit and doesn’t have much travel ... Of course none of these matters, cycling is about much more than that. In a world of big corporate cycle companies with instantly forgettable models the Mountain Cycle San Andreas still stands out today as something very special. 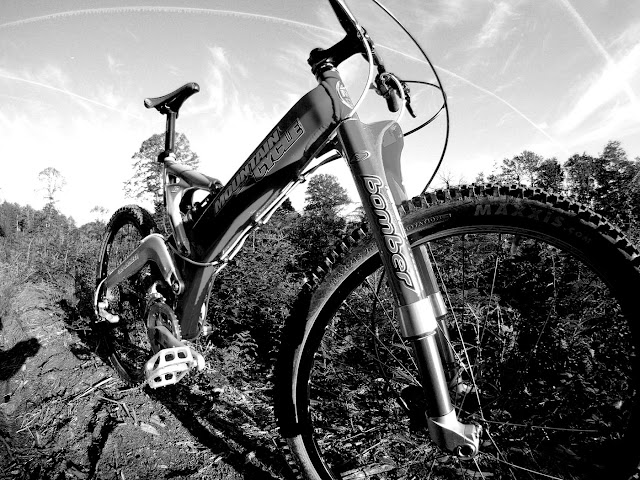